Editor’s Note:  Thoughts on the End of 40 Days Fast and Pray

Thank you for your intercession. Today is the last day of the 40-day fast and prayer. Our editorial team is full of gratitude. It is God’s guidance and grace that enables us to complete this work. I hope that the fire of prayer will continue to burn. The testimony of this global 40-day fast and prayer is: According to the WHO report on February 17, the number of global covid-19 infections dropped by 16% within a week. The World Health Organization said today that although the number of new coronavirus infections worldwide has fallen by 16% every week, which means a reduction of 500,000 cases per week, the virus is still stubborn in many regions, including Europe, especially the virus. The variant of is spreading. In an update on the epidemiology of the covid-19 announced today, the WHO stated that the number of deaths from covid-19 in all regions of the world has also fallen by 10% every week. The death toll reported last week was 81,000.

However, WHO experts say the mutant new coronavirus will become a new challenge in 2021. Therefore, our editorial team encourages intercessors to continue to participate in the intercession service of our Global 247 Prayer Wall. We will update the prayer text every Monday. As for the global emergency intercession, it will be updated at any time due to global changes and ongoing events. We encourage each intercessor to stand with us, continue to follow the prayer text and prayer directions posted on this official website every day, and focus on praying for the two countries of the week, Israel, and emergency intercession items. Once again, thank you very much for participating in this global 40-day fast and prayer. Let us continue to be watchmen in this era, praying without ceasing until the presence of the Holy Spirit intervenes to transform our country.

Dear Heavenly Father, I ________ (put your name in it) come to the throne of grace, through the blood of Jesus Christ, the power of the Holy Spirit, to receive Your abundant grace and mercy.   Lord Jesus, ________ confess You are the Lord of my life.   I ask the resurrected power of the Holy Spirit to fill and saturate every part of my being.   … Click to Read More

Declaration Prayer For USA:  Pray Against Covid19 Pandemic in US Army

Current Event: According to a report on the US “Military” website on January 15, as 25,000 US National Guard soldiers flooded into Washington, D.C., the covid-19 infection crisis is also surging behind it. A US military spokesman said that among the National Guard members currently sent to Washington, 43 cases of infection have been reported. But the spokesperson claimed that it is not certain whether these cases are related to the deployment, and the soldiers may have been infected before entering Washington. The number of infections on January 23 is still increasing.

In the name of the Lord Jesus,

Current Event: The army has enough evidence to continue draining the swamp and catch alligators.

Declaration Prayer For USA:  Urgent Intercession for the Former President Trump of the United States

The former U.S. President Trump is currently being hunted down by American leftist politicians and business circles, and he is wanted internationally by Iran. His body and soul are in distress.  The evil man is now doing his best to continue to block, slander and frame the blame and try to assassinate Trump to prevent him from coming back.

1. His spirit, soul and body are strong, healthy and wise.
2. His family continues to support him,
3. His business continues to be unimpeded,
4. All Republicans will not turn his back on him,
5. The Senate could not pass his impeachment,
6. The U.S. Secret Service continues to provide security protection,
7. The Triune God can protect him into destiny.

【National Profile:   The New World Order (NWO) is a conspiracy theory which hypothesizes a secretly emerging totalitarian world government.   The common theme in conspiracy theories about a New World Order is that a secretive power elite with a globalist agenda is conspiring to eventually rule the world through an authoritarian world government—which will replace sovereign nation-states—and an all-encompassing propaganda whose ideology hails the establishment of the New World Order as the culmination of history’s progress. Many influential historical and contemporary figures have therefore been alleged to be part of a cabal that operates through many front organizations to orchestrate significant political and financial events, ranging from causing systemic crises to pushing through controversial policies, at both national and international levels, as steps in an ongoing plot to achieve world domination.   】

Declare in the name of the Lord Jesus:

Critical Event: Pray Against the Outbreak of Covid-19 in SAUDI ARABIA

In the name of Jesus Christ:

Critical Event: Pray For the Spiritual Condition of SAUDI ARABIA

【Background:  Country Profile: This country is also known as Saudi or Saudi Arabia. It is located in West Asia. It is the second largest country in the Arab world, the only country with the Red Sea coast and the Persian Gulf coast. In 1750, King Muhammad bin Saud and the Islamic reformer Muhammad Abd Al-Wahhab established a monarchy with the unity of state and religion.  … Click to Read More】

We pray in the name of Jesus Christ, amen!

Pray For Israel: The First Week of the 40-day Prayers for Election 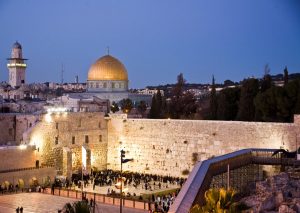 【Current Event: In the midst of the plague, famine and increasing threats of war, Israel will usher in its fourth general election within two years. From sunset of 2/11 to sunset 2/12, began the month of Adar in the Jewish calendar, which is also just 40 days before the Israeli election on March 23.  …Detailed Reading】

In the holy name of Christ Jesus, Amen!

Dear Heavenly Father, I ________ (put your name in it) come to the throne of grace, through the blood of Jesus Christ, the power of the Holy Spirit, to receive Your abundant grace and mercy.   Lord Jesus, ________ confess You are the Lord of my life.   I ask the resurrected power of the Holy Spirit to fill and saturate every part of my being.   I surrender all my spirit, soul and body completely to You.  Now I ask You to reveal to me, remind me of any sin that I have committed known or unknown, so that I can confess and repent of them accordingly. (Recommendation:  quiet yourself, so you can allow the Holy Spirit to reveal to you)

Cleanse me from all the defilement of the world, sanctify me and my family line of any unrighteousness with the blood of Jesus.   Now by my own will, I choose to forgive everyone that has offended me or hurt me, I release them into the freedom of my forgiveness.   I also release them from the debts they might owe me. I now cast all my burden to You .  Your yoke is easy, Your burden is light.   I now put on the armor of God that You have given me, gird myself with the belt of truth, the breastplate of righteousness, the helmet of salvation, the shield of faith, the sword of the Spirit, my feet fitted with the gospel of peace, so that I can pray and intercede in the Holy Spirit by Your mighty power, and after done all to stand firm.

(speak names of your family, and name the people, things, items, that needs covering, such as : your work, ministries, and everyone that you minister to, your  property, finances, friends, pets, vehicles, pastors and small group leaders / members and president )

Abba Father, send the host of angels and chariots of fire, to surround and protect us, I ask that You place the power of the Cross of Jesus Christ, in between everyone and the power of darkness that we might be facing today, to block all ungodly influences and keep us from all spiritual attacks, loss of property and any evil strategy of the enemies. We declare no weapon formed against us shall prosper.   Lead us not into temptation and deliver us from evil.

In Jesus’ name I pray, Amen!

Critical Event: Pray For the Spiritual Condition of Saudi Arabia

【Country Profile: This country is also known as Saudi or Saudi Arabia. It is located in West Asia. It is the second largest country in the Arab world, the only country with the Red Sea coast and the Persian Gulf coast. In 1750, King Muhammad bin Saud and the Islamic reformer Muhammad Abd Al-Wahhab established a monarchy with the unity of state and religion. In 1932, Abd Saud unified most of the Arab region, named it “Saudi Arabia” making the Qur’an the supreme constitution and Shari’a the country’s main law. Until now, Saudi Arabia still maintains the system of monarchy and the unity of state and religion centered on the Shad royal family. The king has great political power and is the guardian of the mosques in Mecca and Medina. In 2005, the township local council elections began.

Saudi Arabia is the world’s largest oil exporter. The volume of oil production is closely related to international energy supply and financial trade. The oil industry’s revenue accounts for about 75% of the country’s total income, 40% of GDP, and 90% of export earnings. The total population is about 28.57 million, with 90% Arabs and 10% Africans, Asians and foreigners. Its foreign policy is committed to maintaining friendly relations with other Arab countries, strengthening cooperation with the G20 countries in politics, economy, and society; it advocates peaceful settlement of international disputes. In recent years, it has actively participated in international affairs, coordinated disputes within Lebanon, re-established relationship with Syria, and monitored the security threats of neighboring countries such as Iran and Yemen to Saudi Arabia. In 2015 it led the Arab Gulf Cooperation Council to intervene in the Yemen civil strife. In 2017, based on Qatar’s support for terrorism, it announced the severing of diplomatic relations with Qatar and the blockade of the sea, land and air transport to the country.

Spiritual Condition: Saudi Arabia is the birthplace of Islam and one of the least friendly countries to Christians. The law stipulates that all nationals must be Muslims and restricts any freedom of religion. Anyone found to be converted from Islam to Christianity or other religions may face death threats, permanent detention, or “defamatory killing”. Saudi Arabia is the most rigorous country in the implementation of Islamic Shariah law. In particular, women are restricted in clothing, employment, education, and manners in public. However, women have been allowed to drive in June 2018. Muslims make up 99% of the total population, with about 85% Sunnis (also known as Wahhabi sects, extremely conservative and ethical), 10-15% Shia Muslims; Christians only account for about 0.94%.

The government allows foreign Christians to meet in registered churches, but do not allow them to publicly preach the gospel, build churches, print or import Arabic scriptures, or train disciples. Most of the churches are located in embassies or US military garrisons. Christian maids are often isolated, verbally or physically abused, and even sexually assaulted in the families where they work, with the goal of transforming them into Islam. At present, the number of Christians in Saudi Arabia is increasing. Most of them accept Jesus through programs on the satellite TV, or because they see Jesus in a vision.

【Back to Top】 【Back to Related Prayer】